Contexte : Game developed at the EFEST Tunisia 2017, as part of the ERIANOF Workshop.

Synopsis : Inspired by the cards drawn (Frankenstein, LEDs and Dystopia), we developed a fighting game that gets you in the flesh of a giant boxer just be for the battle of the century.Only hits on the head of your opponent will bring him down. Gentlemen, let’s get ready to rumble!

Gameplay : Eachplayergetsintothe box and start hitting the head of the other player. Each player has 4 hits before K.O. 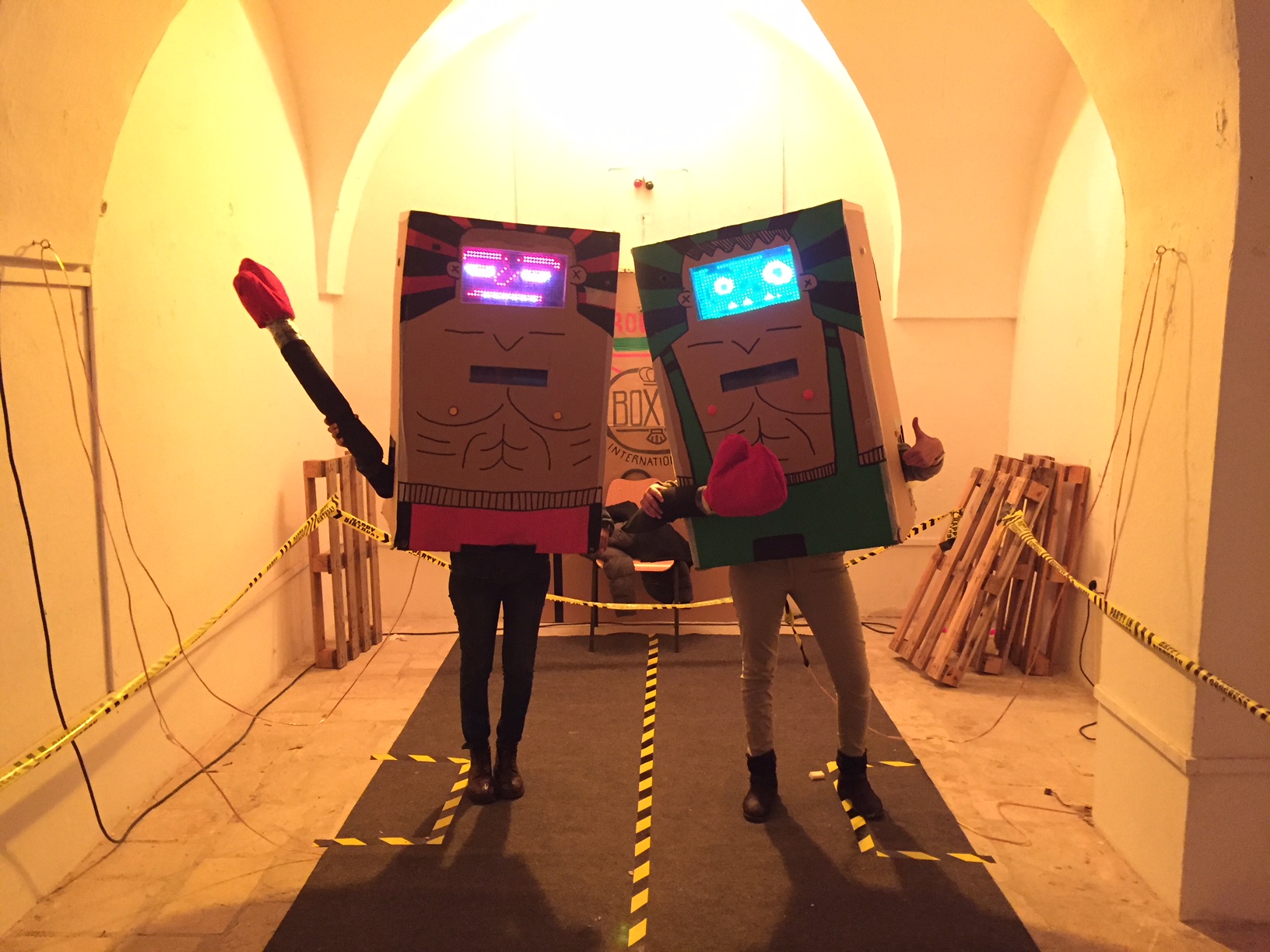 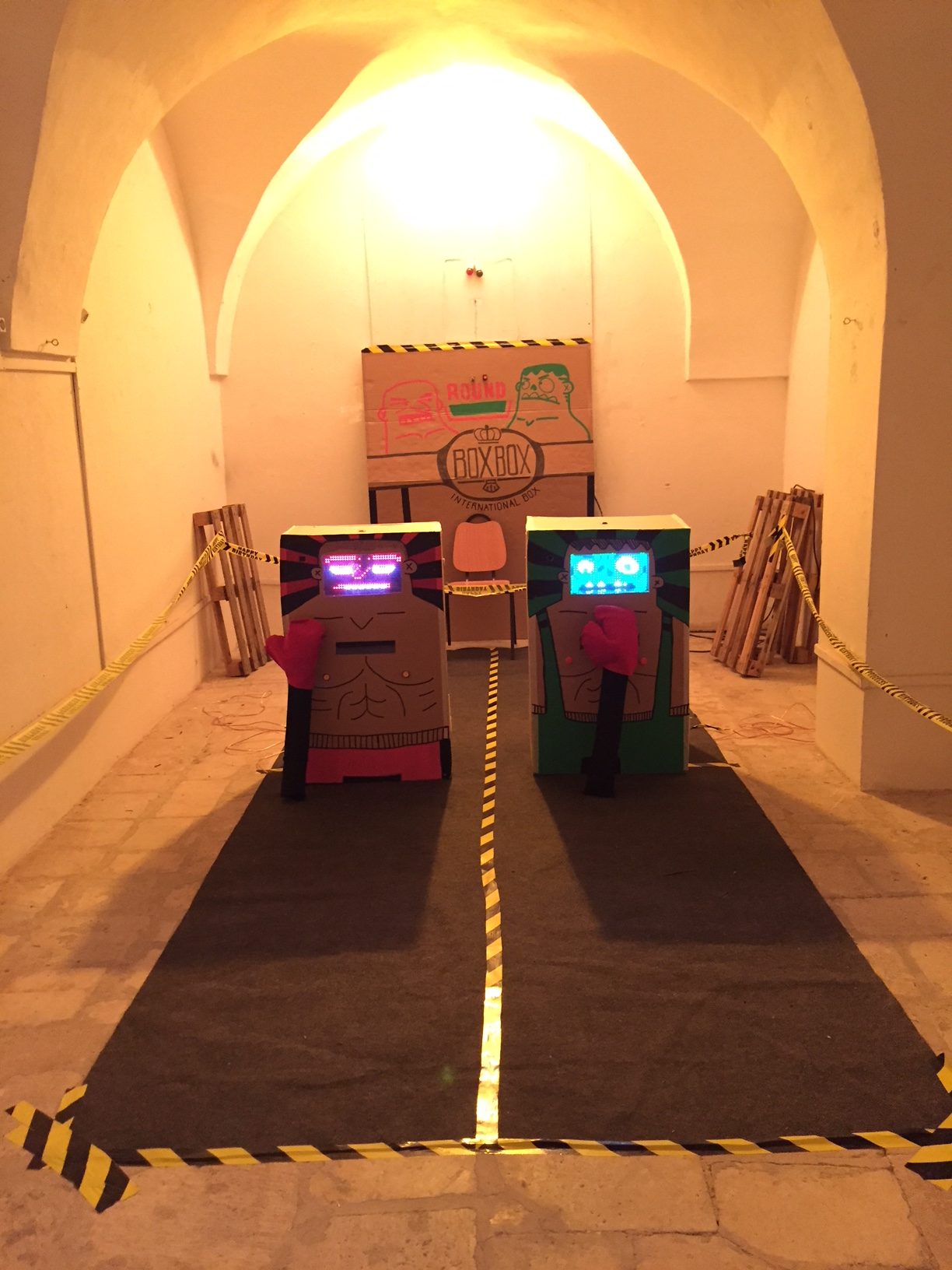 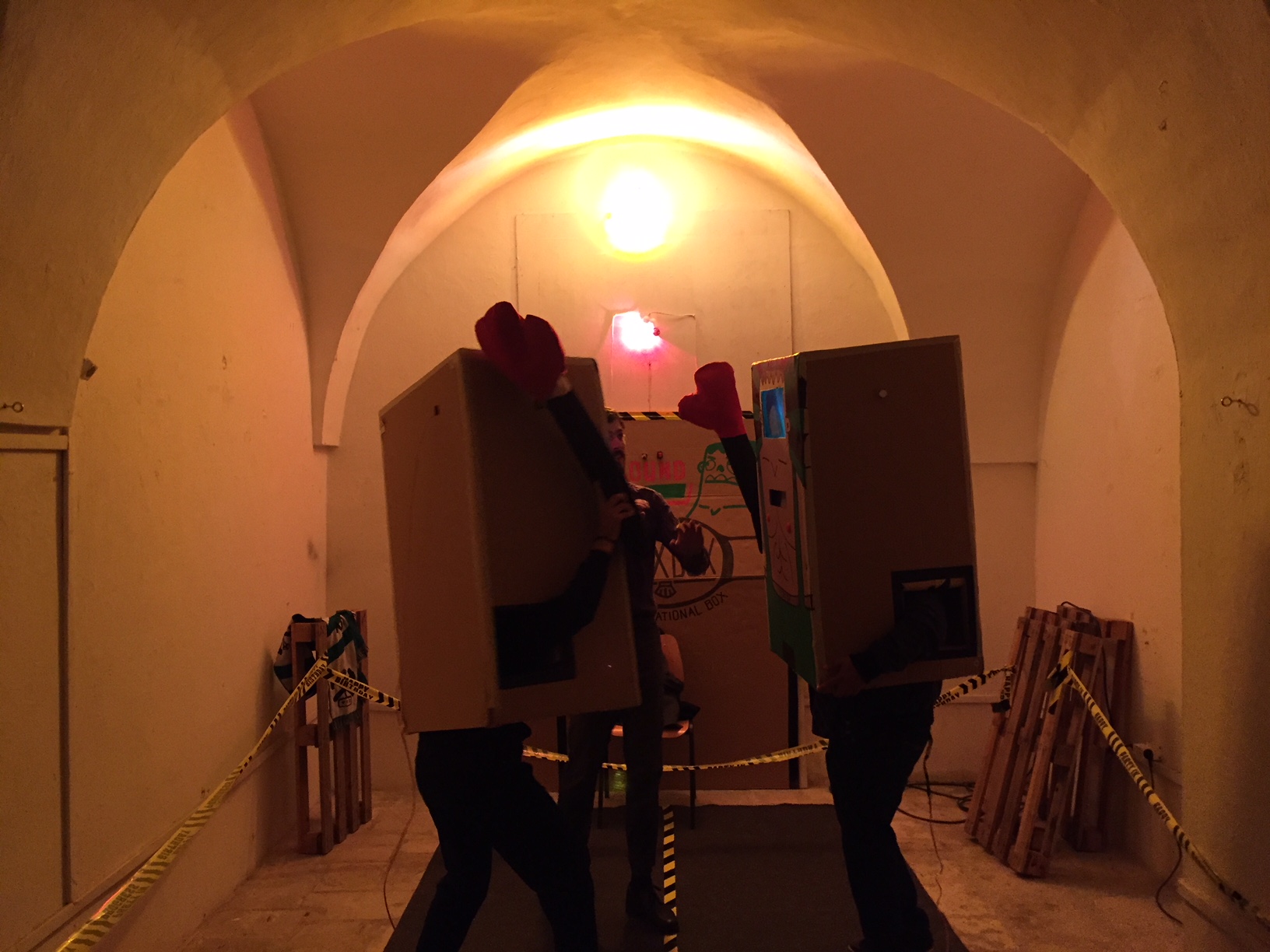 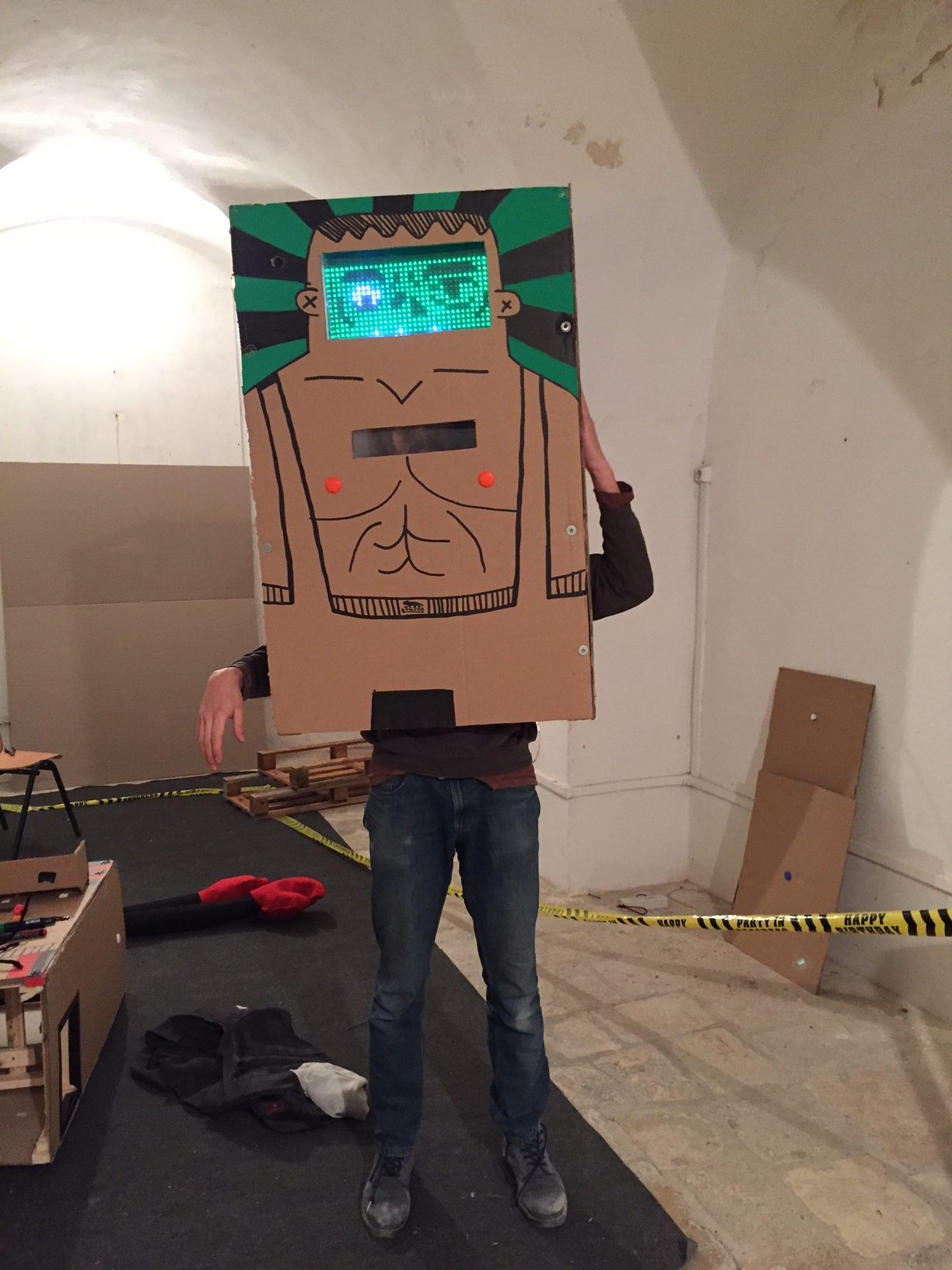